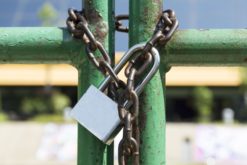 Winding up is the forced closure of a company by its creditors. Once the process starts ongoing trading is almost impossible.

What is Winding Up?

How to Wind Up a Company

If a creditor wants to force a company to close a number of steps must be followed. First a statutory demand must be issued for the payment of the outstanding debt. If the debt remains unpaid after 21 days the creditor can present a Winding Up Petition to the High Court.

The Court will decide whether or not to grant the petition. It will do so if it is convinced that all other avenues for debt collection have been exhausted. The company then has 7 days to pay or successfully dispute the debt.

If the debt is not paid or reasonable grounds for dispute are not provided the Petition is advertised and a Hearing date set. At this stage if the directors wish to dispute the creditor’s claims they can do this at the Hearing.

Where the Court decides a company should be wound up a Liquidator is appointed immediately and the closure of the company begins.

Affects of a Winding Up Petition

If the Court grants a Winding Up Petition which is then advertised there will be serious implications for the company. The most problematic of these is that bank accounts and facilities will be frozen. This will make it almost impossible to continue trading.

In addition trading of company assets must be suspended. This means that no company assets can be sold or shares transferred without the prior agreement of the Court.

There will be a Hearing where the Court will decide on the future of the company. If it is decided that it should stop trading a winding up order will be issued. At this point a Liquidator will be appointed and the company will be forced to close.

How does Winding Up affect Directors and Employees?

Once a Liquidator is appointed the directors must hand over all control of the company’s affairs. They are not normally liable for any of the company debts unless they have given personal guarantees. However they will be required to repay any director’s loans that they owe to the company.

The liquidator will report on the conduct of the directors to the Insolvency Service. If it is apparent that they have acted contrary to their duties then a further investigation may be undertaken. This could lead to disqualification and even liability for some of the company debt.

How to stop a Winding Up Petition

It may be possible to stop a Winding Up Petition from being issued. The Court will only grant the petition if they believe that all other avenues to agree sensible repayment of the debt have been exhausted.

As such it is vital that the directors try to negotiate a repayment agreement. It is never too late to try to do this. Most creditors are simply interested in being paid the debt that they are owed. As such they will be willing to accept a genuine payment proposal even at this late stage.

However if the company is simply unable to pay the debt owed or the creditor refuses to negotiate you will need to consider a company rescue solution. This could involve a Company Voluntary Arrangement (CVA).