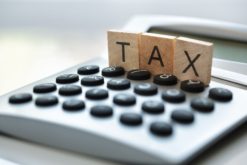 HMRC debt includes PAYE, VAT and Corporation Tax. When a company is struggling financially these payments commonly fall into arrears. If the situation is not resolved quickly the company could be threatened with closure.

If a company has cash flow problems HMRC payments such as PAYE and VAT often fall into arrears. The reason for this is that paying these bills is not seen as vital to the survival of the company. Suppliers of goods or services are often paid first because without them the company could not trade.

However payment of tax debts should be prioritised. Non payment will eventually create significant problems. HMRC will put pressure on the company for their debt to be repaid. It might be possible to agree a staged payment plan. However HMRC will not be as flexible as other creditors.

Time to pay may be agreed with HMRC. However the debt will usually have to be repaid within 12 months.

HMRC will take legal action against a company if it does not pay tax arrears. If Time to Pay cannot be agreed they may decide to use a bailiff. If this proves unsuccessful a Winding Up Petition will then be applied for. This could lead to the forced closure of the company.

If the directors want to save the company a debt solution which will include tax debts must be considered. One option is a Company Voluntary Arrangement (CVA). This allows the company to reduce the payments it makes to all its unsecured creditors. It will result in debt that the company is unable to pay being written off.

All HMRC debts can be included in a CVA. However the solution is only suitable if the company is able to continue trading profitably once its unsecured debts are taken away.

If the company cannot continue in its current form but the business plan remains sound Pre Pack Liquidation may be an option. This solution allows a new company to be started which buys the assets of the old business and then trades in its place debt free. The old company is then liquidated. Unpaid debt including debts to HMRC are written off.