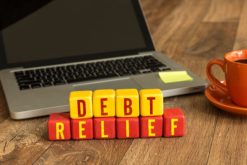 A CVA (Company Voluntary Arrangement) allows a company to reduce its debt payments. The agreement typically lasts 3-5 years. Once completed the remaining unsecured debt is written off.

What is Company Voluntary Arrangement?

Is a CVA Right for your Company?

A CVA would normally be used when a company is struggling with debt but its business plan is fundamentally sound. In other words it would be profitable if its unsecured debts could be reduced to a manageable amount.

The company must be in a position to make some contribution towards its debts. This is often in the form of a monthly payment. However payments could also be made quarterly or as a single one off lump sum.

This solution can also be used to protect the company if a winding up petition has already been issued. The Arrangement can be introduced if the majority of the company’s creditors are in agreement. The petition is then overturned.

The Cost of a CVA

There are various costs associated with a Company Voluntary Arrangement. Normally considerable work will have to be carried out up front. This would include gathering information about the company’s current financial position and producing trading projections. The company can expect to pay between £2000 and £5000 for this work depending on complexity.

After the initial fee has been paid the company will not normally have to pay further fees until the Arrangement is in place. During the negotiations with creditors an agreement will be made about how much the Insolvency Practitioner can charge during the Arrangement. These fees are known as Nominee and Supervisory fees.

Nominee and Supervisory fees may be as much as £10,000 during the course of the CVA. However the company will not have to pay these fees directly. They will be deducted from the agreed payments that the company makes into the Arrangement.

How to set up a CVA

A CVA must be agreed up front with the company’s unsecured creditors. If you are a director you cannot do this negotiation yourself. You will have to appoint a licensed Insolvency Practitioner (IP).

Generally speaking a CVA can be set up and agreed within 4-8 weeks. During this time it is normal for the IP to have informal discussions with the company’s major creditors (especially the bank and HMRC) to gauge their willingness to accept the Arrangement.

The affect of a CVA on Directors and Employees

Once a CVA is implemented the directors of the company can remain the same. There is no reason for any of them to resign. Having said that one or more of the larger creditors may demand changes to the way the company is run.

An advantage of using this solution over liquidation is that the conduct of the directors is not investigated. In addition if they any have an outstanding Director’s Loan Account arrangements can be made for these debts to be repaid.

In addition employees jobs can be saved. The business will continue to trade and employees contracts will remain in place. Having said some restructuring and job losses may be required.

A CVA is a formal insolvency procedure. If any of the directors give personal guarantees against any of the company’s debts they will become personally liable to pay these.